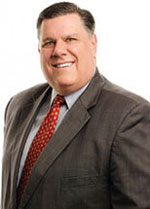 Gregory Paw is a Partner with Freeh Sporkin & Sullivan LLP. He is an accomplished trial lawyer with extensive white collar investigation and defense experience. A former federal prosecutor and past director of the New Jersey Division of Criminal Justice. Drawing on his unique international law enforcement work investigating regime war crimes in Iraq, Greg now provides the benefit of his experience in criminal litigation and knowledge of international compliance and risk management to advise clients on enforcement and compliance issues arising in international business. Clients have described Greg as “exceptional” and a “very effective communicator” who is “practical” and “unflappable.”

In recent years, Greg has served as counsel on a wide array of special investigations along with Louis J. Freeh, the former Director of the Federal Bureau of Investigation. He also has led global engagements where he has implemented, evaluated and improved compliance and risk management programs for multi-national companies. For example, Greg recently successfully guided a multi-national medical device company through federal monitorships under the Anti- Kickback Statute and FCPA and designed effective and best-in-class compliance remediations across Latin America.

Greg served as a federal prosecutor in the Philadelphia U.S. Attorney’s Office from 1997 to 2006. He also volunteered to serve in Iraq from 2004 to 2005 as deputy chief of the team of U.S. prosecutors and investigators tasked to help the Iraqi government in the prosecution of former senior Iraqi officials with war crimes and crimes against humanity. He also served as the director of the New Jersey Division of Criminal Justice, supervising a state-wide law enforcement office composed of prosecutors and investigators.

Prior to joining the Justice Department, Greg served as a special counsel to the U.S. House of Representatives investigation concerning alleged misconduct during the 1980 Presidential election. He also served as special counsel to an Independent Counsel’s investigation of alleged misconduct during the 1992 Presidential election.

Greg is admitted to practice in New Jersey, New York and the District of Columbia. He obtained his law degree from the College of William & Mary, and his undergraduate degree from the University of Illinois. He served as a judicial clerk for the Honorable Walter E. Hoffman, U.S. District Court for the Eastern District of Virginia.

Greg is a trustee at the Moorestown Friends School, a Quaker-based institution. He also serves on the finance committee of the Forman S. Acton Educational Foundation, which advances educational opportunities for students in Salem, New Jersey.