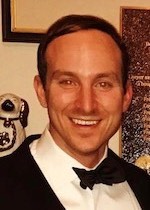 Prior to joining FSS, Sean served in the United States Army where he served as an Army Ranger. In his capacity, Sean operated within the United States Army Special Operations Command and after five years of service was honorably discharged at the rank of Captain. Following his completion of military service and while attending law school, Sean was a Judicial Intern to the Honorable Loretta A. Preska of the Southern District of New York. Sean also served as a Summer Associate at Dechert LLP, in Washington, D.C.

In Sean’s role as an FSS Associate, he supports engagements on a global basis. Several of his recent notable assignments include: