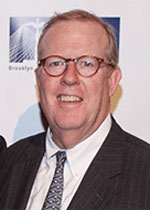 Thomas McC. Souther is a partner at Freeh Sporkin & Sullivan LLP, resident in the New York office, having rejoined the firm in January 2018. His current practice concentrates in the areas of government and regulatory investigations, white collar criminal defense, and internal investigations. He has considerable experience in both the trial and appellate courts. He served for four years as an Assistant United States Attorney in the Southern District of New York, where he investigated and prosecuted a wide variety of criminal cases, including bank fraud, commodities fraud, and mail and wire fraud.

Prior to returning to the firm, Mr. Souther was a partner in the White- Collar Litigation and Investigations Practice Group of Pepper Hamilton LLP. He previously was a partner for 15 years in the white-collar practice of a prominent US- based global law firm.

Mr. Souther recently led the team of attorneys, investigators, and data analytics experts assembled by Louis J. Freeh following Mr. Freeh’s appointment as a Special Master by the U.S. District Court for the Eastern District of Louisiana in a multidistrict litigation matter involving a major settlement program supervised by the district court. He also served as a principal adviser and strategist to Mr. Freeh in his role as the Chapter 11 Trustee of MF Global Holdings Ltd. and various of its subsidiaries.

Mr. Souther’s experience has included advising public and private corporations, boards of directors and special committees, and representing directors, corporate executives, and other individuals in connection with internal investigations, regulatory inquiries, grand jury investigations, and criminal prosecutions. Mr. Souther successfully defended at trial in federal district court in Massachusetts a former executive of a pharmaceutical company charged with violating the anti-kickback statute, and won the acquittal at trial in the Southern District of New York of a former employee of Bankers Trust Company who had been charged with misapplication of bank funds. He also advised a publishing and media company in connection with a criminal investigation in the Eastern District of New York relating to circulation fraud, and negotiated a non- prosecution agreement on behalf of the company that avoided prosecution of the company and its subsidiaries.

In addition to his experience in the white-collar defense and regulatory areas, his practice also has included work on a variety of civil matters, including general corporate and complex commercial litigation, and banking-related matters.

Mr. Souther graduated from Bucknell University in 1980 and received his law degree from Fordham University School of Law in 1984.